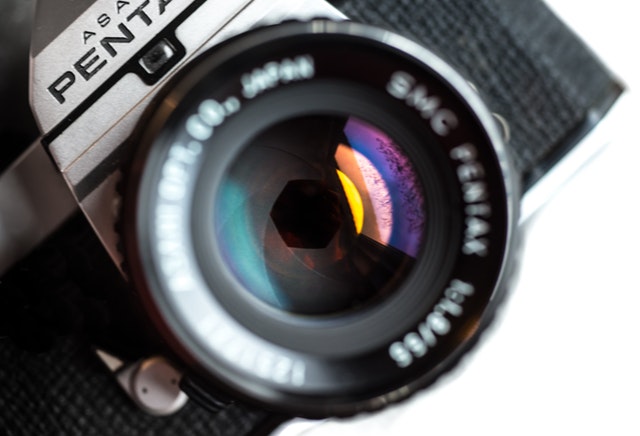 Photo by: Skitterphoto
Want a head's up when a new story drops?
Sign Up Here

As any photographer will tell you, the most important piece of equipment in your camera bag isn’t really the camera – it’s the lenses you attach to it. The better the optics in your lens, the better the image quality it will deliver.

But what a lot of people don’t realize is that lenses are not uniformly sharp at every aperture or indeed at every focusing distance and there is something called a lens sweet spot. You also need to bear in mind that sharpness of zoom lenses can vary massively across their zoom range.

However, all lenses have something called a ‘sweet spot’. This is the aperture at which your lens will give you maximum sharpness. If you shoot at this aperture, you’ll be getting the best possible quality from your lens. You’ll be pleased to hear, it’s fairly simple to calculate.

As another example, a lens with a maximum aperture of f2.8 will have a sweet spot of around f4 – f5.6. A lens’ maximum aperture lets the most light into the iris of the lens but will be represented by the smallest number of its aperture range. A ‘stop’ is how we refer to the difference between each aperture.

As a result, you’ll need to remember that your lens will have a different sweet spot depending on what focal length you’re using, and what maximum aperture is allowed. Knowing the sweet spot of your lens can be particularly useful if you’re using a cheaper lens. They have slightly less quality at its extremes, and it allows you to get the sharpest possible results.

In some ways, all this may seem counter-intuitive, but that’s because it’s easy to confuse sharpness with depth of field, which is a measure of focus. When you stop down to smaller apertures, you bring more of the image into greater overall focus. So images shot at f16 or f22, for example, appear sharper than images taken at a wider aperture such as f2 or f2.8.

This is because smaller apertures have a larger depth of field. This means that more of your image is in focus. However, whilst you might have more in focus. overall the ‘in focus’ parts won’t be as sharp compared to the ‘in focus’ sections of the same image taken at the sweet spot of your lens.

Do note, however, that just as the widest aperture of your lens won’t represent the sharpest point of its capabilities. Neither will it’s very smallest aperture.

Testing For Your Sweet Spot

You can do your own test for each lens so that you can ascertain its exact sweet spot. The good news is that’s it’s pretty simple! Start by switching your camera over to Aperture Priority mode.

This means you will control the aperture, whilst your camera sorts out the shutter speed and ISO. It’s also a good idea to put your camera on a tripod, so each shot you take is entirely consistent.

Now, take around seven or eight identical shots through the lens’ aperture range, concentrating on the apertures you think are most likely to be the sweet spot (based on your calculation as detailed above).

Make sure you also take some of the shots at the smallest and largest aperture. It’s a good idea to shoot an object with writing on it or sharp edges, to make it’s much easier for the human eye to ascertain sharpness when comparing writing.

Once you’ve shot the images, upload them to a computer and zoom in to 100%. You should then easily be able to see which aperture gives you the sharpest image at its point of focus.

Whether you chose to shoot at your lens’ sweet spot depends very much on what you’re shooting.

This is because the aperture that gives the sharpest image may not give a depth of field that’s suitable for the style of shot. If you’re photographing a landscape, for example, the smaller depth of field generated by using the sweet spot isn’t going to work as you need a larger depth of field to get the whole landscape in focus.

However, finding and using your sweet spot can work particularly well if you’re shooting portraiture, where you want your subject to be as pin-sharp as possible, with the added bonus of a nice blown out background from the smaller depth of field. The sweet spot can be a very useful tool and, once you understand how it works, can make a real difference to your imagery.

Video: Finding The Sweet Spot of Your Lens – Behind the Lens with Joel Grimes

In this video, Joel Grimes talks about the sweet spot of your lens.
When Joel Grimes first started out in photography, in his very first college class the reason for a lens sweet spot was explained to him. There are, however, a lot of photographers who don’t understand the concept.

In this video, Joel reveals why it exists, how optics work, and how you can use it to improve the sharpness of your images.

Video: How to Find The Sweet Spot of Your Lens – Get Your Photo’s Sharper

In this video, I tell you how to find the sweet spot of your DSLR camera lens. This will help get your photos even sharper. People can get too crazy trying to micro-adjust lenses for ultimate sharpness, fine-tuning with a comb etc.That’s not really needed. Every lens has a “Sweet Spot” or the sharpest point. Typically you can start testing from f/4 and going up to see which results are better per lens. There is NO common answer. It’s a lens to lens test. Watch this video to find out how.

Get Your 3 Free Issues Now!

Please fill out your details and we will ensure to keep you updated with our email newsletter on the latest blog articles and magazine issues we have to share!